The winners of “Life and the City” competiton 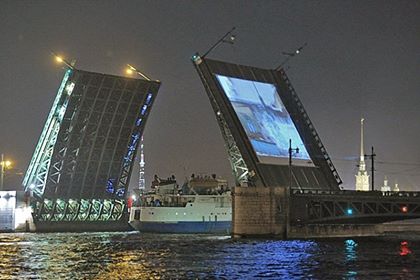 The compettion program was screened at night 19 to 20 July in St.Petersburg at the Troitsky Bridge and in Amsterdam at Magere Brug, competition was showed there by KLIK! festival. The screens on the bridges were connected by video bridge. The Jury chose winners: Best International Film Award, Prize 500 euros from True Scare TV Channel, shared My Mum is aeroplane by Julia Aronova, Russia (she is also awarded as the Best Russian film) and Macropolis by Joel Simon, UK. The Best Dutch Film Is Snapshot by Arthur van Merwijk. Russian 2 TV Channel about the screening